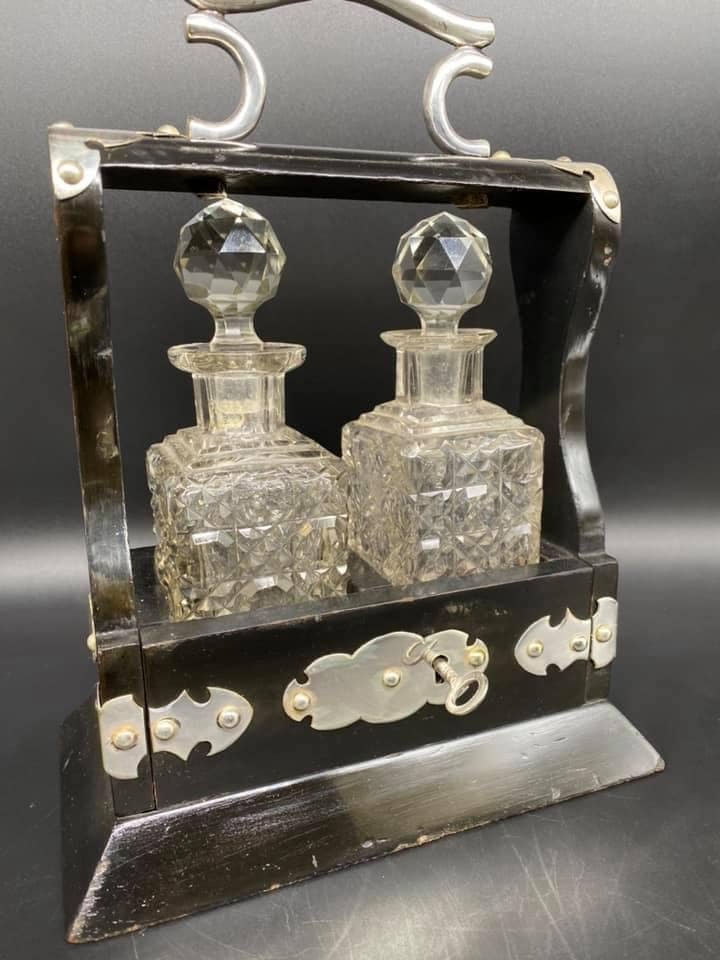 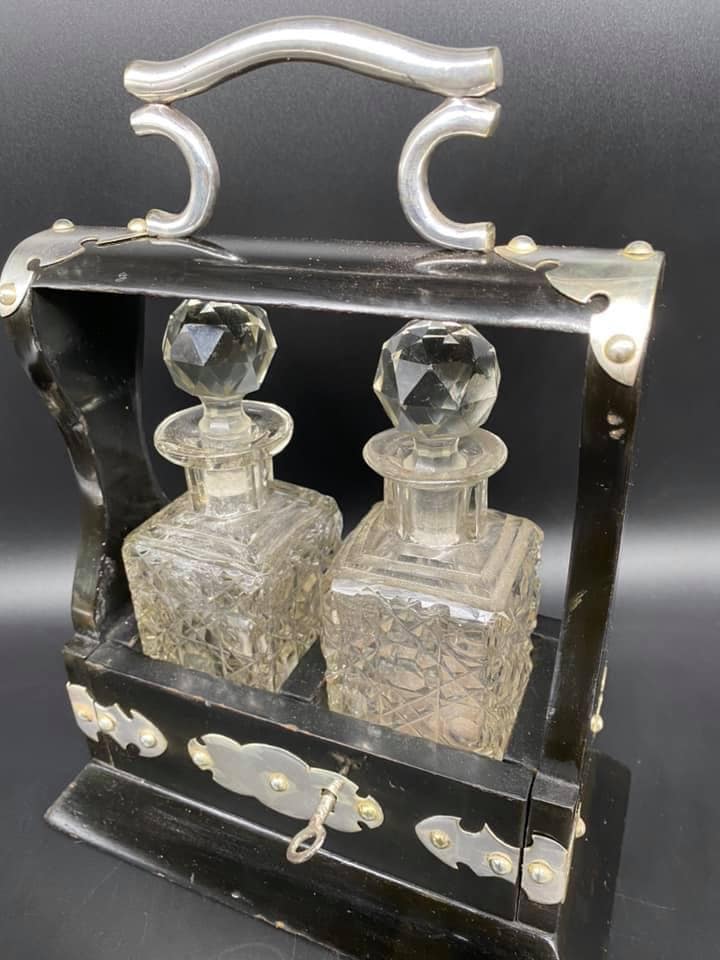 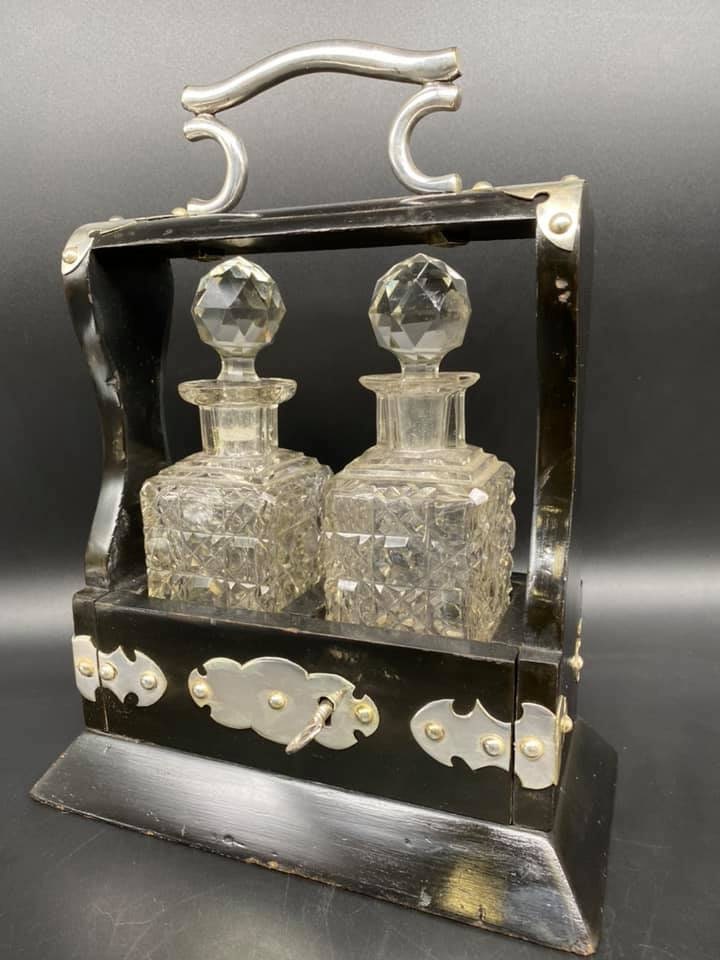 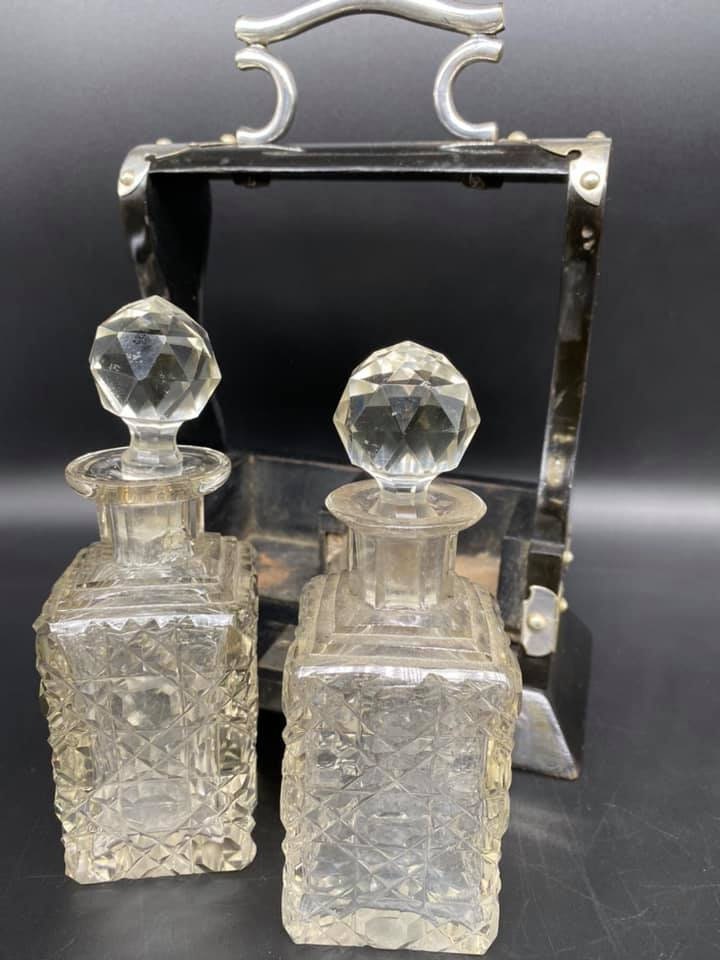 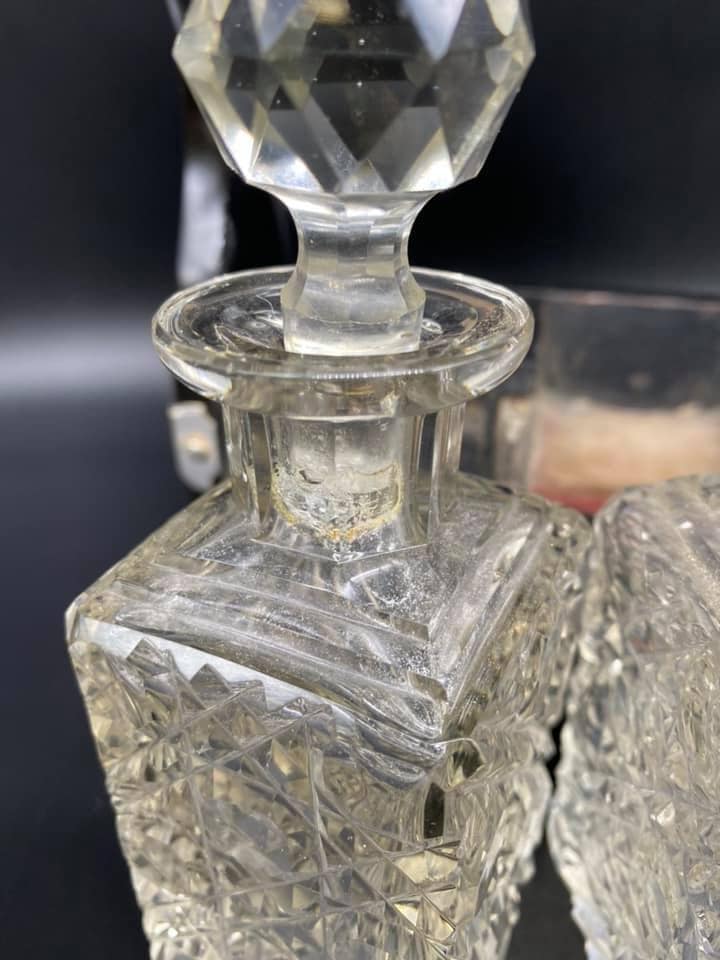 So, what is a tantalus, and when did it make its debut on the stage of English domestic furnishings?

The mechanical tantalus is named for Tantalus, one of the many sons of Zeus. Tantalus was a bad boy, for when he was invited to dine with Zeus on Mount Olympus, he smuggled out some ambrosia, which he took home and served at a banquet of his own. The gods were not pleased and in punishment for this egregious offense, Tantalus was eventually made to stand in a pool of water beneath a tree heavy with fruit. If he attempted to reach for the fruit, the branches lifted high above him. If he attempted to drink the water, it receded away from him before he could partake. Thus, though surrounded by plenty, he was left both hungry and thirsty. The punishment of Tantalus is the origin of the word "tantalize."
The ingenious device known as the tantalus was not introduced in England until the last half of the nineteenth century. The basic concept of the design is a framework into which can be locked one or more decanters of liquor. In most cases, the decanters are square, usually of cut or engraved glass. Typically, the frame is open, so that the elegant decanters can be seen and admired. But, they cannot be removed from the frame of the tantalus, nor can their stoppers be withdrawn, unless the frame is unlocked by the keeper of its key.

There is a story that the tantalus was designed to prevent one’s butler from sampling the best household liquor. But this apocryphal anecdote does not hold up, as most self-respecting butlers in the great aristocratic houses would never have considered pilfering from the master’s liquor supply. If such pilferage had been a problem, why was a solution not found until well into the reign of Queen Victoria? And why create a device that would only protect a few decanters, while the bulk of the household liquor supply was kept in the cellars, to which the butler held the key? The more likely scenario is that the tantalus was just one of many novelty devices which were popular with the expanding and increasingly affluent middle class of the last half of the nineteenth century. Having grown up with few, if any, household servants themselves, they could believe they were imitating their betters by "protecting" their few decanters of expensive liquors in a tantalus.

The first record of a tantalus, also called "The Butler’s Enemy," is at the Great Exhibition of 1851. This apparatus was shown as a means for securing liquor decanters, but there were also versions for perfumes, patent medicines, and even tea. Most of these early devices were made of fairly inexpensive electroplated silver. It was more than a decade until similar mechanisms began to be made of wood, typically mahogany. According to the narrative of the genealogy of the Betjemann family, one Mr. John Betjemann is believed to be the man who patented a design for a wooden tantalus in 1881. This Huguenot family had been cabinet-makers for generations. By the mid-nineteenth century, they began to specialize in the making of dressing cases and game boxes. It was perfectly natural that they should turn their skills to the making of these small, specialized wooden cases for holding and securing liquor decanters.

As the tantalus became popular, the designs and the materials from which they were made expanded. A tantalus might hold one decanter, two, three, or more. They might have an open framework, or be a closed box. Some were full-sized pieces of furniture. The lock might be placed in the bar over the top of the decanters, or in the rail at the front. One could find these "liquor guardians" made of mahogany, cherry, walnut or oak. They might have silver, brass or electroplated fittings.


We are pleased to be offering this miniature version of the more larger versions in good condition.
Ebonised wood with electoplated fittings with a working key, great gift and a super little collectible that sits and displays very well. As with all items of age there is a degree of wear and this one has a few minor issues including the stoppers are not original hence one stands slightly prouder than the other. All in all a great piece if in mint condition would be three times the price I’m currently asking.

I'll do my best to meet these shipping estimates, but can't guarantee them. Actual delivery time will depend on the shipping method you choose.

I gladly accept returns and exchanges

Ship items back to me within: 14 days of delivery

But please contact me if you have any problems with your order.

The following items can't be returned or exchanged

Because of the nature of these items, unless they arrive damaged or defective, I can't accept returns for:

Do you ship worldwide

We ship our smaller items and curio's worldwide. However, we cannot ship larger items and furniture due to weight and size.

0 items in your cart